Money is a basic necessity of life. It is something that we need for everything from basic necessities to luxurious excesses. Unfortunately, a good part of the population has a lack of information, when it comes to managing this precious resource. We consider that it is really important to understand the difference between saving and investing your money.

You could say that one of the main reasons why people end up in a financial mess is because they lack the ability to manage money.

There is much that can be said about managing money.

But two principles that stand out more than anything else, is that of saving and investing.

As much as they are buzzwords in our lives, the reality is that many people just don’t know how to go about doing this. These results in them mismanaging the money they have, often until the point where it’s too late.

In order to understand the two terms better, it’s first necessary to know what they mean.

To start off, ‘saving’ is a way of defining that activity, which is the exact opposite of spending. It seems like a lot of people have the idea that every last buck in their wallets is to be spent. As much as the money has a purchasing power to it, the truth is that you shouldn’t be spending it all, just because you can. In other words, one can describe ‘savings’ as a way of setting aside money for future use, whether it is for a specific reason or any potential rainy day.

Coming to the subject of investing, one could describe ‘investing’ as a strategy related to saving, albeit being one step ahead.

There is a lot that can be said about saving money and investing.

In fact, there is more advice and directions than you can actually implement if you really spend some time to dig into the subject.

Some useful ideas on getting with the same are given in the points mentioned below.

Different ways to save money

If there is one word of advice you can get about saving money as well as investing, it is this word called ‘budgeting’.

Far too many people go about their daily lives, without actually budgeting for anything. They have the idea that they can ‘wing’ it, as they say, with an idea in their minds of how to spend money.

As much as it may be possible with small amounts, the fact is that this is simply impossible to do when you are dealing with salaries, business revenues and so on. There is a difference between planning the budget for $10 and $10,000.

But unfortunately, a good portion of the population simply doesn’t engage in budgeting for whatever reason, only to their detriment.

Budgeting can be defined as a process by which you allocate your earnings, from all sources, into designated roles and purposes, ranging from expenditure to investments and everything in between. It is a great way to get mental clarity on how to manage your finances, regardless of who you are or what your profession is.

If there is one thing that will affect your finances negatively, it is small expenses.

This is a dangerous thing because of the way it affects your financial position. Spending a large sum of money is something you’ll notice with ease, and which you can control to a large extent. Small expenses, on the other hand, are something far more insidious, and which won’t show you the damage done until it’s too late.

The way it goes is fairly easy to understand. Spending a few bucks here and there doesn’t really mean much. At the same time, however, it will build upon you if you were to go about doing this repeatedly every single day. For example, spending $10 on a purchase doesn’t mean much on one occasion. But doing it every day will mean that you would have spent at least $300 over a one month period; then again, the amount could be much higher than that, if you were to consider that some purchases tend to be bigger than others.

The way to stop this from ruining your finances is by putting an end to most small purchases. It is understandable that you can’t really put a stop to all purchases, but you can build the habit of practicing restraint when you come up against the urge to make a purchase.

Another way to deal with the problem is to limit the amount of liquid cash you carry so that you won’t have the means to purchase whatever it is that your impulse wants you to buy.

This is a principle that works similar to wholesaling.

When you buy something in large quantities, it is always possible for one to get discounts, cash backs and other attractive offers, which allow for one to save money, albeit indirectly.

One of the best ways in which you can do this is when you for purchasing the monthly groceries, wherein you will essentially be buying in bulk as opposed to getting everything separately. This is especially true when you’re dealing with supermarkets and other such large businesses.

There are plenty of things that people buy, which should have never been purchased, to begin with.

This is something which many people don’t realize until it’s too late. There is an expression that if you spend money on things you don’t want, you will eventually not have it to spend on the things that you do need. You can usually make a well-educated guess on what those needless purchases are, and which you can work on eliminating from your monthly buys. These will add up to the savings in the not too distant future.

Investing: How to invest my money wisely

Investing can be thought of like the step that comes after saving a month.

It is essentially an inevitable one when you think about it, for there is really no other choice when you have saved up large amounts of money.

The best way to understand the term investing is that it is a way in which you use the money you’ve saved up, to ‘invest’ or ‘buy’ into something, and reap the dividends that it offers.

There are many avenues available when it comes to investing. We will cover them all (in detail) in other articles.

Some of the most tried and tested ones include, among others, stocks, shares, bonds, debentures, real estate, metals, antiques and more.

In simple words, anything that has a steady growth in value is always fair game for investing.

The actual way of investing will certainly vary, ranging from short term ventures to long term commitments. These, in turn, will depend on your individual goals and targets.

Additionally, you may want to seek out the help of an expert at investing to get the job done, while you are at it.

To sum up, there is a lot more that can be said to saving and investing, than what has been presented here.

Think of the above as an introduction to the vast world of saving and investing, and all that it has to offer, rather than being something comprehensive in nature. 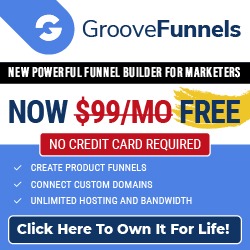 While some people believe it’s not about the money, sometimes it is. It’s true – money isn’t everything. But when you’re a new college grad and money is tight, creating ample opportunities for yourself and having a healthy relationship with your finances go hand in...

Parent’s Guide To Saving For College

Sending a child to college can be one of the largest expenses that parents will spend on their children in their lifetime, so taking proactive steps in saving for your child’s future college plans can help parents’ long-term financial well-being. Because college...

Where Can You Try Selling Used DVDs, whether online or in-person? Renting or buying and watching DVDs at home is much cheaper when compared to going to the movie theaters and one can also enjoy the show from the comforts and ambiance of one’s own home. Eventually,...